How important is an argument about a band? Well, it ranks right around watching paint dry, in my opinion. I got quite a testy response when talking about the fad-driven band MGMT, recently. Which made me wonder why people get so snippy about something so awesome as music. We're all snobs to a degree with our music. We all hate certain bands, or certain types of music. Instead of saying, "This band sucks!", I think what would be more appropriate would be, "This just isn't my cup of tea." And I hate tea! The site here isn't intended to not be inclusive with our music choices. And the debate with these two hipsters - who are right now probably shopping at an Urban Outfitters and lamenting the state of a band only six months ago they went apeshit for - made me realize this even more clearly. 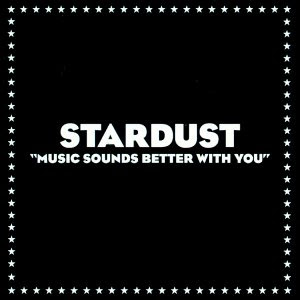 So to go in a complete one-eighty of such trivial and banal bullshit? I head back the way of the music I started in on last week. The French pop sound. And with that awesomely long-winded introduction, I give you Benjamin Diamond. Benjamin Diamond? Who the fuck is that? Rhetorical question, mind you. Diamond was the head of Diamond Traxx, and possibly best known for his stellar vocals on the seminal cut "Music Sounds Better With You". He's essentially the Prince of France, and deservedly so!

Stardust was the trio that featured Diamond on vocals, as well as Thomas Bangaltar (from Daft Punk) and Alan Braxe. Braxe would later release cuts like "Vertigo" and the EP Intro with the help of Fred Falke. Unfortunately, his latest efforts have been dull and uninspiring, but he did help with this cut, and we're certainly thankful for that! Below I've brought you all the original mix, but as a little gift, I'm also featuring the DJ Sneak 32 on Red Mix. This is possibly my favorite DJ Sneak remix job, as it served admirably on its own in house sets of mine, as well as a great DJ tool record. 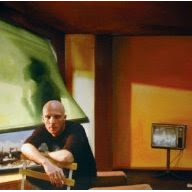 Well Diamond has had a solo career for close to ten years, now, and he's just released a new album. Here, I'll be featuring the track "Little Scare" off of his debut album Strange Attitude, along with the song "Baby's On Fire" from his latest effort, Cruise Control. Viva la French pop!


And again, please do buy some of these! It helps to go a long way in helping us bring you this awesome stuff!