I broke free on a Saturday morning... 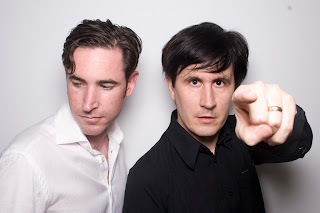 I put the pedal to the floor...

At the moment, I am sitting on a king size bed at Quality Inn of beautiful Glendale, AZ. I am here with my brother to watch the Cardinals play NFL regular season tomorrow. I just got back from an Irish pub named Tim Finnegans. I got a nice buzz, got beat 2 to 3 in a game of cricket, but I feel ok about it since I kept it very competitive.

I have been thinking about writing this post for weeks, but as of a few minutes ago, I had not written a word.

I wanted to talk about the end of the year. It's nearly time for us to change our calendars. There is a song that I always consider an anthem of mine as we get close to NYE. It's the song This Year by the indie band The Mountain Goats. Well, the song's title might give it away a little bit, but the song is about getting through the year.

Even if it kills you.

Well, the meaning of the song is probably a tad deeper than that. I mean, Scotch on your tongue or not, seventeen is a long year if you are desperate to legally get the fuck out of the house of an abusive parent. The scene ends badly as you might imagine...

It's a great song to scream/sing in your car as you are thinking of just how shitty the economy is and how your house has lost tens of thousands of dollars in just a few months.

I also wanted to tell you a story about my blue Gap shirt with the yellow stripe, that I always wear on the holidays. It's beat up and well worn, but it fits so well! The best part might be that every year, in every photo, I am in that shirt! Makes me giggle everytime I see myself in those pictures. The only way you might know which year that xmas picture was taken, is by the configuration of my facial hair in the photo.

But you don't care about that do you? You would rather hear more about The Mountain Goats. Maybe I could tell you about how John Darnielle, the lead singer and songwriter, just wrote a book called Black Sabbath: Master of Reality for the 33⅓ book series. I could even tell you about the 33⅓ series and why you should really check it out.

I'm not going to, though. I am tired. It's late. I need my beauty sleep for the big tailgate party tomorrow before the game!

From all of us at inALLcaps.com, we wish you a Happy New Year!

But be sure to eventually buy these:

Andy Hull covered a John Darnielle song...guess which one?