Putting the "Swing" in "Swing State"! 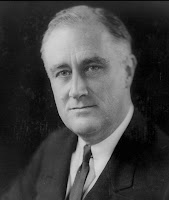 So I guess it's fitting with the presidential election next Tuesday that I choose a certain theme of music. Ohio, you best be paying attention! To start with, let's just all rejoice the fact that we now can count down the days to when this utterly incompentent man is out of office. We start the swing theme with a song that was once played as a representation of FDR in office. It's by a man named Bel Selvin, and the song is "Happy Days Are Here Again". We're not sure, but let's hope that the song is right, and happy days are truly here again. 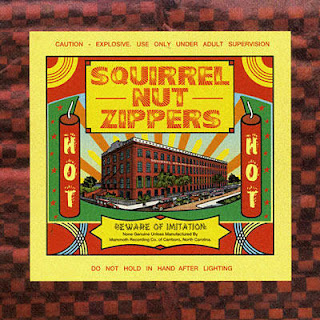 However, I want to say that there is a theme to this one, as all the songs are swing songs in some form. One group that I think a lot of people forgot about is the Squirrel Nut Zippers. They had a grand total of one commercially played hit. Can you name it? If you did, then I'm impressed. It was the following track, "Hell", off of their album Hot. Great tune, and I want to also pass on that the band is back together and touring! You can check out the tour dates here, and if they're near you? Then go see them!

The following track is also from the same album, and with it, I've included a re-working of sorts by the Greens Keepers' James Curd. Back in 2001 and 2002, DJ's like Derrick Carter were championing this fresh sort of take on house by essentially sampling old - or in this case, new - swing and jazz cuts. It fell by the wayside eventually, but it's still fun to hear every so often, and I've kept practically every record of this fashion. So first up is the Squirrel Nut Zippers with "Put A Lid On it".

Now take that tempo and speed it up by about double, and you have James Curd's take on the track with "Keepers Quiet". It was on Mike Dixon's now defunct G-Swing label, and featured Dixon also taking a crack at it.

As always, please do take the time to buy this music if you like it! Also, please vote on Tuesday, November 4th! You may think your vote doesn't count, but if you don't vote? Well, you have no right to bitch about what you perceive as problems! Every vote does matter, as the more votes they tally, the more these people know that you all have the final say on whether or not they get to keep their job!