So...I assigned homework to the staff. Find a song that sums up the last eight years with George W. Bush, and come up with 2 or 3 sentences/paragraphs to explain the choice in song. I joined in the fun too. Problem is, we couldn't keep it short...so it's going to be a three part series. HERE IS PART TWO! 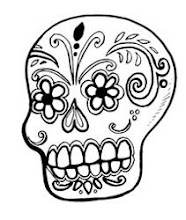 MOOKIE:
I made the mistake of watching the September 11th, 2001 show of Howard Stern's program recently. It totally bummed me out.

I used to always listen to the show on the way in to work when it was on FREE FM. When I tuned in that day, I remember being in shock as to what I am hearing.

I am sure we all remember that day.

On the Stern show, they were talking on the radio like normal people. Like you and I. Not a news organization that is afraid to get things wrong so all the information is guarded. They were watching the TVs like we were. Trying to speculate what is happening.

When the second tower falls into dust, Howard Stern says, "They're gone." I can barely stop my chest from heaving.

Howard Stern maybe was the first person to ever say the name Osama Bin Laden. I had never even heard the name before. I, like most people, wanted to see this mother fuckers head on a stick paraded thru Manhattan.

And then we go to Afghanistan. But this mother fucker slips out of our hands. Instead of doubling our efforts, we end up in Iraq. Why? It was an excuse. We all know that. I've always thought that the government allowed this to happen so that the Bush regime could take Military action against Iraq.

The point of this post is that the whole time I am watching this, I keep thinking… these MFers won! Bin Laden won! They hit our financial nerve center. Bin Laden wanted to hit is where it really hurts. Our pockets.

Speed forward 5 years. Gas is crippling high. We have the lawmakers passing an 800 billion bail out bill for the financial markets. The Market is below 10,000 for the first time in FOUR years.

Maybe if we had someone competent at the helm, we could have had maybe gotten through this with just some minor scrapes and bruises. Instead, it seems like the end of the road for this country. Might be the end of the world as we know it...

Think you can do better? pick a song and write up a few words to explain why, and maybe you will get published on our blog! send your drafts to: inallcapsATgmailDOTcom (replace "AT" with "@" and "DOT" with ".")

Email ThisBlogThis!Share to TwitterShare to FacebookShare to Pinterest
Labels: 9/11, end of the world, i feel fine