I watched in terror, the lake opened wide

For Xmas I got three classes to a cooking school. I was shocked at first. Why would someone think to get me this? I guess I forgot about all the times I had daydreamed aloud about owning my own hippie pizza kitchen. But somehow the idea of classes threw me off guard.

I'll tell it like it happened, it was Darius and Nolan and me
Just a few po' boys trying to get up outta Missouri
Took 55 to Louisiana, stopped by the highway to eat
They both had crawfish, strictly chicken for me
Back out under thunderheads, the radio was Southern soul
They interrupted Clarence Carter with a strange-ass local show,
They were sayin',

After further thought, I realized it was quite a thoughtful gift. I love watching Top Chef and Hell's Kitchen and other foodie shows, and while watching them I get pretty into it. I often wish I had better knife skills, and I would love to try my hand at using some of these fancy ingredients like truffles or selecting the freshest ingredients to throw in my dishes.

Come down to Lake Pontchartrain
Rest your soul and feed your brain
That's where you will get to see
Everything the water can be.

Food is a powerful thing. Eating a great risotto is something that can change your life. You never forget when you taste your first amuse-bouche. Even horrible meals are memorable. I can't think about LSD without remembering the grilled cheese sandwich I ate while frying my balls off.

The rain was comin' down, the wind was howlin' outside of Slidell
It was the kinda night that makes you think the whole world's goin' to hell.
We got off on an exit 'cause we couldn't read the map so great
Near the Choctaw Motel, we parked to deliberate
When out of the bayou came a man like the lake had a tongue
He was right up on the glass, all yellow-eyed, black teeth, bangin' on the
windshield
screamin' like a demon at the top of his lungs, 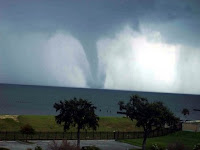 The song we are highlighting today, is about food, in a way. It's the story of three boys, on a road trip. A quick bite on the side of the highway has horrific repercussions.

I was driving out of there as fast as a Camry could
But the interstate was flooded and I had to take the road through the woods
Bad move in retrospect, the road disappeared in the rain
And I stood on the brakes when I saw the sign: "Lake Pontchartrain"
Darius was yelling that he saw somebody out in the swells
He jumped out runnin' and Nolan was goin' as well
"Come back!" Why the hell would they leave the car?
And that's when I heard it, make no mistake
the voices were calling them from under the lake.

I first heard the song while driving to Arizona. My brother threw on his iPod while we were on a road trip of our own. When this song came on, I was stunned.

"Who is this?!" I shouted over the blaring music.

Shit. I have this album. How could I have missed it? Well, I had to ensure that you, our faithful readers, don't also miss out.

The crawfish were screaming, the waves danced in time
My friends went in deeper, the water, it climbed
I watched in terror, the lake opened wide
And horribly roaring, it pulled them inside.
That's how it happened, why would I lie?
There were no bodies, I've got none to hide
I'm just a boy, lost his friends in the rain,
Any more questions, just go and ask Lake Pontchartrain

Quickly purchase You're Awful, I Love You and enjoy the whole album!